The method was created by Moshé Feldenkrais DSc (1904-1984), engineer, scientist and judo master, who developed his work over a 40 year period of research and teaching. Drawing on principles of physics, biomechanics, and human development, his approach emphasized the vital importance of working with the whole body and the whole self in order to achieve lasting, radical change. 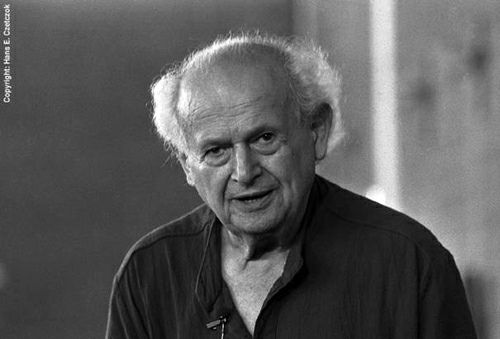 After sustaining a debilitating knee injury for which surgery offered only a 50% chance of success, he took on the task of rehabilitating himself. He began an intensive study of neurology, anatomy, biomechanics and movement. What he learned in the process of restoring his own health became the basis of what was, at that time, an entirely new approach to physical well-being - The Feldenkrais Method.

Before he passed away in 1984, in Tel-Aviv, Israel, Feldenkrais personally trained a small group of practitioners to continue his work. Today there are nearly 4,000 Feldenkrais Practitioners around the globe. His insights contributed to the development of the new field of somatic education and continue to influence disciplines such as the arts, education, psychology, child development, physical and occupational therapy, sports enhancement, and gerontology.