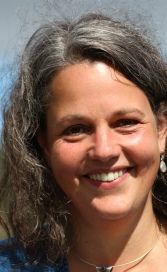 One or Two-Day Weekend Workshops in 26 Longford Terrace, Monkstown

I have a busy practice with a wide range of people of all ages and different needs, including children. I am interested in meeting people where they are at and with whatever needs they bring, and assisting them to widen their potential; to explore the physical, emotional or mental habits that are in the way of living and expressing themselves more fully.

My entry into working with people was through music. I did a BA course in music 1987-92 in Nuremberg, Germany and became a flute teacher and played concerts in small ensembles.

An Ilse Middendorf breathing therapy workshop in 1986 was the beginning of my exploration into working with the body. I explored different methods, including Eutonie, Alexander Technique, Biodynamic Massage, and finally ended up doing the Feldenkrais training in England in 1991-94. Since 1993 I have been teaching the Feldenkrais Method with groups and individuals. I was a board member of the German Feldenkrais Guild from 1998 to 2002.

In 2001 I moved to Ireland where I started my full-time Feldenkrais practice in Dublin.

Since then I have completed a training in Deep Imagery (2001-03) – a way of inner journeying to connect more deeply to one’s inner resources and Hakomi (2006-09) – a mindfulness-based method that helps us to gain more choice and freedom to be nourished and supported in life. In 2010 I became a certified Hakomi practitioner, in 2019 a Hakomi trainer. In 2014 I trained in Reconnective Healing.

In my practice I synthesise all four methods, depending on the needs of the client. As they all are based on an organic learning process and the self-healing capacity of our body, mind and spirit they complement each other and can mutually support each other’s benefits.